Trainers Guy Lowry and Grant Cullen have decided to go their separate ways after a successful 13-year partnership that yielded 235 wins, including three Group 1 victories.

The split is an amicable one, with Guy carrying on operating his Game Lodge Stables in Hastings while Grant will concentrate on the training and thoroughbred rehabilitation property he and his partner Nikki Lourie operate just north of Dannevirke.

Guy and Grant joined forces in 2009 after each had been training on their own for several years, both with good success. Grant had produced Miss Bailey for an all the way win in the 1999 Group 1 Wellington Cup (3200m) while Guy’s much smaller team back then included the eight-time winner Lilakyn, who went down by a nose when second in the 2007 Group 2 Brisbane Cup (2400m).

Included in their 235 wins together are 13 at Group or Listed level, including three Group 1’s, the 2014 Telegraph Handicap (1200m) at Trentham with Irish Fling, the 2016 Telegraph Handicap with Adventador and the 2017 Livamol Classic (2040m) at Hastings with Wait A Sec.

Wait A Sec also took out the 2018 Group 3 Anniversary Handicap at Trentham while other big wins for the stable in recent years were Xpression’s Group 2 victory in the Wakefield Challenge Stakes at Trentham and her Group 3 success in the Barnswood Farm Stakes at Ashburton, Shezzacatch’s triumph in the Listed El Roca-Sir Colin Meads Trophy at Hastings, Mohaka’s win in the Listed Feilding Gold Cup at Awapuni and Can I Get An Amen’s success in this year’s Listed Lightning Handicap at Trentham.

Their best season together was in 2018/19 when they saddled up 25 winners and were in the top 22 on the national trainers’ premiership while the season before that they chalked up three black type successes among their 16 wins.

Guy said this week he and Grant have enjoyed a great association together and they are both proud of the success they have achieved.

“It has been a very enjoyable partnership and, despite Grant being based in Central Hawke’s Bay, he has been a great support for the stable. Without that we wouldn’t have achieved what we have done.

“Special thanks must go to him and Nikki for the work they have done in spelling and preparing our horses on their property and for transporting our team to the various race meetings, trials and jumpouts.

“It has been a great team effort.” 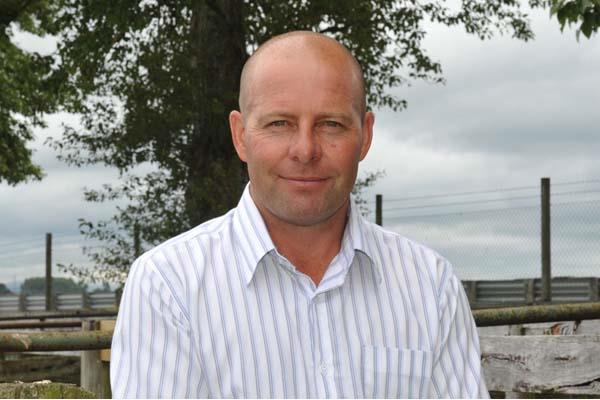 Grant Cullen will concentrate on the property he and his partner Nikki Lourie operate in Central Hawke’s Bay.

Carnaby, part-owned by four Hawke’s Bay people, capped off a string of minor placings with a decisive win in a $30,000 open steeplechase at Te Rapa last Saturday.

The 10-year-old Danroad gelding had recorded a second and two thirds from his three most recent jumping starts and was aided by a great ride from Shaun Fannin as he raced away over the final stages of the 3900m event to win by 6-1/2 lengths.

It was his second success from six starts in steeplechase races after he took out a 0-2 win race at Riccarton 12 months ago and he has recorded four minor placings over the big fences as well as a win and two minor placings from there hurdle starts.

He has also won seven races on the flat.

Carnaby is trained by Wanganui-based Kevin Myers, who says the horse is one of the stable favourites.

Although Carnaby is building a good record as a jumper it is the horse’s general demeanor that has endeared him to his trainer.

“He’s just a good horse to have in the stable. He’s no problem and he is great to educate the young ones and the pullers,” Myers said.

“As far as I’m concerned he can stay at my place forever.”

Carnaby was bred by well-known racing administrator Alan Fenwick of Marton and Feilding-based Michael Collinson and they initially raced him with Alan’s wife Sue and Cam Arnott, from Palmerston North.

Hawke’s Bay men Tony Lyndon, Peter Johnstone, Peter Unverricht and Greg Horton took up a racing share in the horse in 2017 and the horse’s Myers also has a racing share.

Carnaby is one of a number of horses Myers has now taken south for the three-day Grand National meeting at Riccarton with the horse down to contest today’s $50,000 Koral Steeplechase (4250m) on the first day of the carnival.

Star Hastings-trained jumper The Cossack will carry equal topweight of 71kg when he makes his Australian race debut in this Sunday’s $A300,000 Grand National Hurdle (4200m) at the Sandown Lakeside track in Victoria.

The Mastercraftsman nine-year-old is the winner of 10 races over fences from 15 starts and is coming off a last start victory in the Hawke’s Bay Hurdle (3100m) on July 2, where he lumped 73kg.

The reigning champion New Zealand jumper was flown to Melbourne on Tuesday of last week and has settled in well according to his co-trainer Paul Nelson, who prepares him with Corrina McDougal.

“We are very happy with him,” Nelson said this week.

“He’s bright and he’s wanting to do his work, and that’s all we wanted.”

The Cossack is likely to face a capacity field in this weekend’s big test with the in-form Saunter Boy, from the Ciaron Maher and David Eustace stable, tipped as one of his main rivals . He has also been handicapped on 71kg.

New Zealand jumps jockey Shaun Phelan, who has ridden The Cossack in each of his last six jumping wins, will retain the mount.

The Cossack is owned by his co-trainer Paul Nelson along with three other Hawke’s Bay men, Peter Grieve, his son Doug and John Frizzell.

Providing The Cossack comes through this weekend’s race, there is every chance he will then go on to the $A350,000 Grand National Steeplechase (4500m) at Ballarat on August 28.

Although The Cossack has been a winner at his only steeplechase start in New Zealand he has to school over the Ballarat fences to the satisfaction of the Australian stewards before he can line up in the steeplechase there.

The Nelson/McDougal stable will not have a runner at this year’s three-day Grand National meeting at Riccarton, which commences today.

The stable had earmarked several horses for the trip south but Nelson said track conditions are so testing at Riccarton at the moment that it could have a detrimental effect on them for the rest of the jumps season.

“If the horses went to Riccarton, that would be them for the season. The track’s very wet, and it’s going to be very testing going.”

Instead most of the horses that were to have travelled south from the stable had a jumpout over 2000m on the Hastings track on Thursday.

New Zealand Thoroughbred Racing has introduced a new model to hopefully address the on-going challenges around the preparation and maintenance of the country’s racetracks.

The Regional Track Advisor model, which has been developed in conjunction with strategically positioned clubs, will see our most experienced Track Managers working with clubs in their respective regions, providing support and advice and identifying any potential issues.

There is an on-going maintenance agreement with Martin Collins which includes quarterly inspections of the synthetic tracks at Cambridge, Awapuni and Riccarton. These tracks are to be maintained by their respective clubs, following instructions provided by Martin Collins.

There has been a National Track Advisor role in place for the past 15 years but this has been deemed to have outlived its purpose, given the expectations upon one person to cover the needs of the entire country. That role has now been disestablished.

In addition to moving to Regional Track Advisors, NZTR has also broadened the role of the New Zealand Sports Turf Institute. It is currently contracted to provide independent assistance with each track’s annual audit, and will also provide specialist agronomy advice as required along with additional services.

Walker, who served his apprenticeship with New Plymouth trainer Allan Sharrock and has ridden multiple Group 1 winners on both sides of the Tasman, was airlifted to hospital and placed in an induced coma to stabilise him following the accident.

Walker only returned to the saddle in May after spending more than a year on the sidelines with a leg injury that also required the rider to have surgery on a torn anterior cruciate ligament in his knee.

In 2009 he suffered serious head injuries following a hunting accident after he tumbled down a steep bank and then over a 10-metre bluff in north Taranaki.

He has a career tally of 843 wins in New Zealand and Australia.