The impressive win by Hastings-trained mare Apache Woman at Otaki last week proved to be a bittersweet result for her connections.

The John Bary-trained three-year-old won like a horse with a bright future on the racetrack but unfortunately she won’t race again.

Mike Sanders, racing manager for the Bary stable, said this week that Apache Woman suffered a displaced fracture in one of her knees and, although the injury is not life-threatening, it has spelt the end of her racing career.

“The injury was noticed when she cooled down after the race,” Sanders said.

“She was a bit lame when they put her on the float to head back to Hastings and was noticeably lame when she got home.

“She must have done it during the race which made her win even more meritorious.”

Apache Woman was having her fourth start when she lined up in a 1200m maiden at Otaki and her winning performance could not have been more impressive. She got back to a clear last in the early stages and was still a long way off the leaders coming to the home turn. But once jockey Lisa Allpress angled her to the outside in the straight she powered home to win by 2 lengths.

Sanders said it was a huge disappointment that Apache Woman won’t race again as she had always shown plenty of promise.

He added that the daughter of Reliable Man did throw her nearside foreleg in her galloping action but it didn’t seem to worry her too much.

“In fact it wasn’t that leg that went it was the other foreleg so you wonder whether she was favouring one and putting pressure on the other,” he added.

Apache Woman is out of the Sakhee’s Secret mare Cryptic, who only raced six times for a win and two thirds and that victory came as a two-year-old in the Listed Wellesley Stakes (1100m) at Trentham. One of her thirds was in the Listed Canterbury Belle Stakes (1200m) at Riccarton, where she was held up in the last 200m and probably should have finished a lot closer.

Apache Woman is owned by Wairoa couple Howard and Kay Jones and they were members of a large group that raced the filly, with others including Val Charlton and Lloyd and Beth Wallace from Wairoa, Wayne and Mary Chittick and Peter and Ann Evans from Waipukurau, Allan and Betty Chittick (Hastings) and Bruce and Annette Keighley (Napier).

Sanders said Apache Woman will now be retired to the broodmare paddock.

Havelock North’s Sam Kelt had his distinguished racing colours back in the winner’s stall after a long absence when Cacofonix scored an impressive debut victory at Matamata on Wednesday of last week.

Kelt and his wife Birdie own the Dundeel three-year-old in partnership with another Havelock North couple, Andrew and Lauren Scott.

The colt was a $200,000 purchase from the 2020 Two-year-old Ready To Run sale and is out of the Australian-bred Redoute’s Choice mare Lodore Falls.

Cacofonix is prepared by the Matamata training partnership of Lance O’Sullivan and Andrew Scott and been given three barrier trials before his first race start, recording a fourth, a first and a second.

Experienced jockey Leith Inness was aboard the horse in a 1400m maiden race at Matamata last week and settled him into a perfect trailing position behind the leaders. He angled away from the inside rail rounding the home turn and, once in the clear Cacofonix raced away from the opposition to score by 2-1/2 lengths. 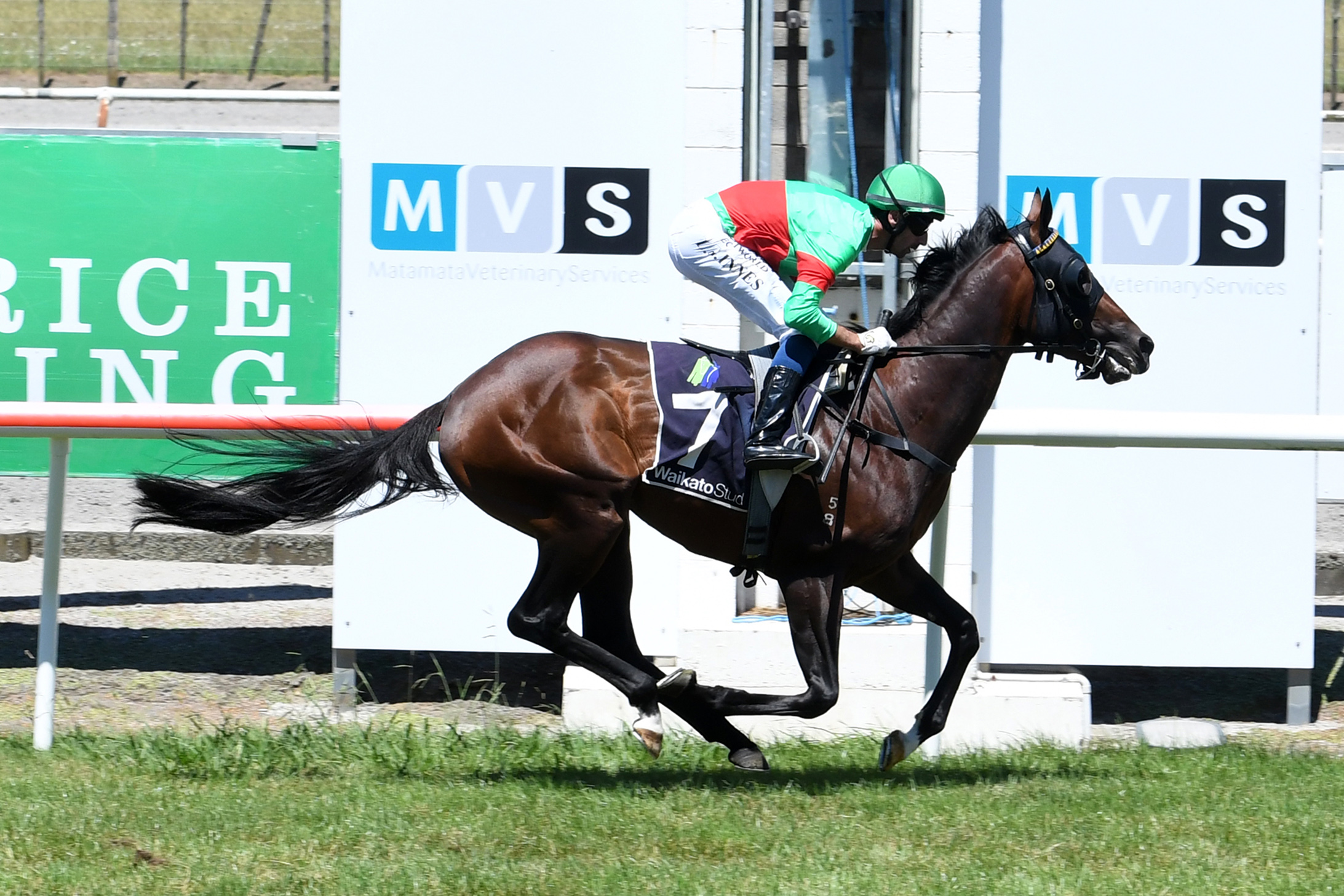 Hawke’s Bay Racing will stage its January race meeting at the Hastings racecourse next Thursday.

It is classed as an Industry Meeting, with the main race being a Rating 74 event over 1600m.

At this stage eight races have been scheduled, with the first to start at 1.40pm. However there is a chance more races could be added to the program.

There is free admission on to the course and to the Members Stand but Vaccine Passes are mandatory.

The connections of star Hawke’s Bay jumper The Cossack will be presented with a special trophy at next Thursday’s Hawke’s Bay meeting.

The Cossack was voted Champion Jumper of the Year for the 2020-21 racing season at the annual Horse Of The Year awards ceremony late last year. However, due to Covid restrictions, that awards function had to be held virtually with no live presentations.

So the trophy will belatedly be presented to The Cossack’s owners at the Hastings races next Thursday.

The Mastercraftsman eight-year-old is owned by Paul Nelson in partnership with three other Hawke’s Bay people, John Frizzell, Peter Grieve and his son Doug.

Mike Tod, a journalist on the former Hawke’s Bay Herald-Tribune newspaper during the 1990s, has been announced as TAB NZ’s new chief executive.

Tod’s father Quentin held the position of chief sub-editor at the Hawke’s Bay Herald-Tribune for several years before moving to the Gold Coast of Australia and his son Mike was a general reporter on the paper for a time before he too moved on to bigger things.

He has since held senior roles with TVNZ, Fonterra, Air New Zealand and the Commonwealth Bank Of Australia. He is a former member of MasterCard’s Asia Pacific Advisory Board, is a Director of Queenstown Airport, and is an advisor to Live Ocean Racing.

“The Board and I are thrilled to welcome someone of Mike’s international experience to lead TAB NZ,” Board chairman Mark Stewart said.

“He is a  deeply customer-centric leader with extensive experience in key areas of focus for our organisation, including product and service innovation, marketing, brand and consumer engagement.

“His appointment and those areas of focus will allow us to drive further revenue for our racing and sporting stakeholders.”

Tod is thrilled to be given the opportunity to lead TAB NZ.

“TAB NZ is an iconic organisation that is inextricably linked to New Zealand’s way of life,” he said.

“Now that the racing industry reforms are well advanced, this allows TAB NZ, as a commercial wagering operator, to focus on its objectives of maximising profits for the ling-term benefit of racing in New Zealand, to maximise returns to New Zealand sporting organisations, and to support our communities.”

Tod’s commencement in the role on March 21 will complete the transition from the New Zealand Racing Board and the Racing Industry Transition Agency to TAB NZ. 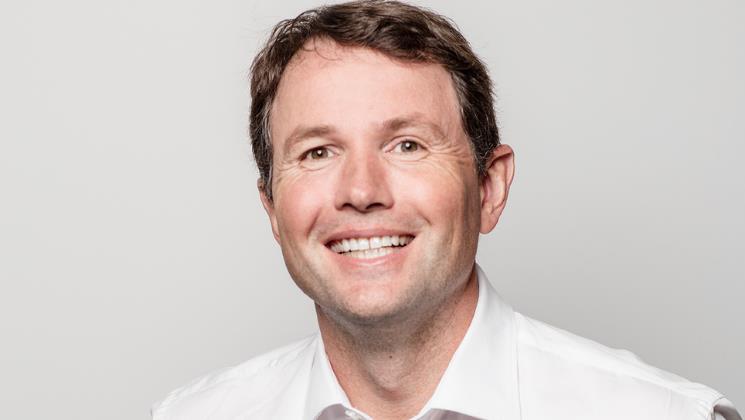 Te Rapa feature next for Levante

Matamata trainers Ken and Bev Kelso were delighted to tick the Group 1 box with classy mare Levante when successful in the $250,000 Telegraph Sprint (1200m) at Trentham last Saturday and are now hoping to double that elite level tally.

“It was a great day last Saturday and I’m pleased for the mare to get her Group 1, it was well deserved,” Ken Kelso said.

“It was a real tough effort and she ground it out to the line and showed a lot of heart. It was pleasing to see that she’s jumping better and putting herself forward now.”

Kelso said Levante had come through the race well and was having an easy week, with the Te Rapa assignment four weeks away and the step up to 1400m likely to suit her.

“We’ve always thought the way she races and the way she’s bred she should go further,” he said.

Pareanui Bay gets a well-earned spell

Despite a dogged effort when second behind the unbeaten Shamus in last Saturday’s Group 2 Wellington Guineas (1400m) at Trentham, the immediate future for promising three-year-old Pareanui Bay is in the spelling paddock for the next month.

Unbeaten in his first three starts, including the Group 2 James & Annie Sarten Memorial Stakes (1400m) at Te Rapa, Pareanui Bay finished second to On The Bubbles in the Listed Uncle Remus Stakes (1400m) at Ellerslie on Boxing Day before his Trentham placing and trainer Tony Pike believes the signs are there that the horse needs a break.

“This is his first prep and he has been up a long time, which I think is starting to tell on him,” Pike said.

“He’s had three or four tough runs and he just wasn’t as sharp as he normally is last Saturday.”

Pike is now looking ahead to a possible winter campaign in Brisbane for the Lonhro gelding.

“He is a very exciting galloper who has a lot in store for him down the track,” he said.

“As long as he spells well and comes up like I think he will, then heading to Brisbane for their winter carnival is an appealing option.

“He would be well suited in some of the good three-year-old races like the Queensland Guineas and, if he is up to it, then a race like the Stradbroke could also be an option.”