Dannevirke thoroughbred owner-breeder Alex Smith was rewarded for his patience when Hastings-trained Duncan Creek broke through for a deserved win in the two-year-old race at Otaki on Thursday of last week.

The Super Easy gelding was having only his second start after finishing runner-up behind the highly rated Prowess on debut over 1200m at Wanganui on April 30.

Duncan Creek is trained on the Hastings track by Patrick Campbell who said he had the horse ready to race in March but a series of incidents prevented him from fulfilling those plans until nearly a month later.

“He was going to have his first start at Tauherenikau at the end of March but the meeting was abandoned. He was then going to go to Wanganui in early April but a float mishap meant he didn’t get there and then he was supposed to start at Hastings on April 16 but was late scratched at the barrier,” Campbell said.

“The owner has certainly had his share of disappointments but he has copped it good and deserves the success.”

Alex Smith was formerly from Auckland and he bred Duncan Creek out of the King’s Chapel mare Classic Blonde. The two-year-old is a full-brother to Friday Woolfe, who won three races, while Campbell is also preparing a year older half-sister to Duncan Creek called Tighten Your Grip.

Duncan Creek scored a decisive half length win in the 1200m two-year-old race at Otaki, despite racing greenly over the final stages.

Jockey Kate Hercock settled the gelding in fourth place in the early stages before improving him three-wide to challenge the leaders on the home turn.

Duncan Creek hit the front soon after but then seemed to lose concentration and started to loaf and look around over the final stages.

Hercock managed to keep the horse going strongly to the line and he won by half a length from the first starter Crossfire and they were clear of the rest.

Campbell said Duncan Creek is very green and still has a lot to learn.

“He shied at a couple of mower marks on the track and his ears were going backwards and forwards when he was looking around,” he said.

He added that the horse has come through the race well and so he is keen to back him up in today’s Listed $60,000 Castletown Stakes (1200m) at Wanganui.

“There isn’t much else around for him so he can have one more run this weekend and then go out for a spell,” Campbell said.

Duncan Creek’s win was the start of a good three days for Hawke’s Bay-based jockey Kate Hercock as she also went on to kick home two winners, Chase and Sanibel, at Trentham last Saturday.

Chase proved a lucky pick-up ride for her in the $30,000 Rating 74 race over 1600m after the horse’s original jockey, Dylan Turner, was unable to attend the meeting due to illness.

The experienced jockey was seen at her vigorous best in both wins but also earned the wrath of the judicial committee, who fined her a total of $850 for whip infringements.

She was fined $250 for striking Chase six times prior to the 100m mark and was also fined $600 for using the whip in consecutive strides aboard Sanibel over the concluding stages.

Innes at ease with his retirement

A relaxing lunch with Kiwi trainers Tony Pike and Lance Noble was just the ticket for jockey Leith Innes last Sunday after a hectic previous 24 hours.

Innes produced one of the rides of his career to win the Group 1 Queensland Derby (2400m) aboard the Roger James and Robert Wellwood-trained Pinarello at Eagle Farm on Saturday and then dropped a bombshell by announcing his immediate retirement from race riding.

The 44-year-old had been considering the move in the weeks leading up to Saturday and once he had fulfilled a successful mission for his major supporters in Brendan and Jo Lindsay, who own Pinarello, he knew the time was right to announce his decision.

“It was a pretty huge day and just good to go out on a good note,” Innes said. “I had been thinking about it all for a while now and as far as I am concerned it was one hundred percent the right thing to do.”

“I’m only 44 but the older you get the harder it is to waste to make weight on raceday and it was even harder during the COVID lockdown as your weight just goes up when you are not riding on a regular basis.

“I was very fortunate to have Brendan and Jo to support me the way they did, so I’m thrilled I could repay them with a win in a Group One.”

Innes admitted that the pre-race plan he had worked out went almost to the letter and was thrilled to see everything fall into place thanks to the courage of Pinarello.

“I knew what I wanted to do, and the early part of the race just went like clockwork until we got to around the 1000m.

“At that stage I had to pop out as the horses in front of me weren’t going anywhere and my bloke was travelling so easily.

“He got to the front a little early but he was very brave in the way he fought them off.

“At the 200m I did think for a fleeting moment that we might run second or third but he just wouldn’t flinch and was actually holding them at the line and at least 50m past that point.

“He is obviously a real talent and I think when he matures and strengthens up he could be a very good horse.”

Innes was looking forward to getting back home to New Zealand to reunite with wife Jess, daughter Stella and son Jett.

“I haven’t really thought too much about what comes next, but I have my golf cart rental business to concentrate on and we will see what happens from there.

“I had a call from Glen Boss after he heard that I had retired and he told me that I will most likely miss it for the first few weeks but those feelings will start to fade over time and you can concentrate on the rest of your life without thinking about the ‘what ifs’.

“I’m sure that is the case as I am very comfortable with the decision I have made and thankful that during my career I got to ride some amazing horses for some very good trainers and have the success that I did achieve.”

Innes retires with 1567 wins to his credit with 183 of those at stakes level including 31 Group 1 victories.

He rode his first winner aboard Bodle at Waipukurau in 1995 and his first Group 1 success came aboard Tobruk in the 1998 Bayer Classic (1600m) at Otaki.

He was crowned Champion Jockey in New Zealand for the 2003/2004 racing season with 114 wins and also enjoyed a stint in Hong Kong. He has ridden such outstanding gallopers as Starcraft, Ocean Park, Kawi and Sacred Falls to Group 1 success and rates Sacred Falls as one of his all-time favourites as he was unbeaten on him from six race-rides. 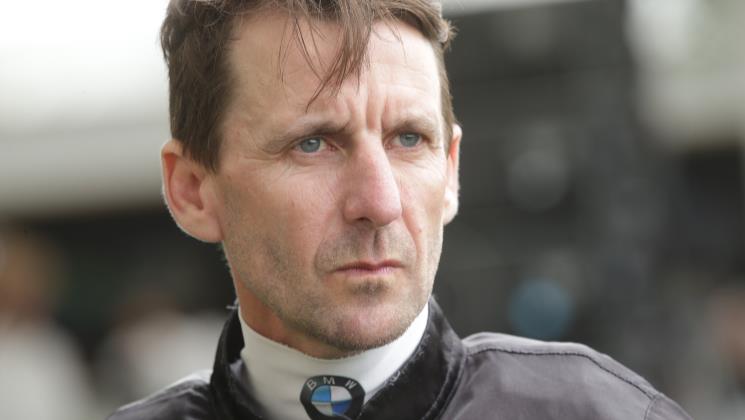 Jumps racing returns to the Hastings track on Monday with two hurdle and two steeplechase events among a nine-race program run by Hawke’s Bay Racing.

With the Ellerslie track currently out of action and no longer a venue for jumps racing, the traditional Auckland Queen’s Birthday Monday meeting has been taken over by Hawke’s Bay Racing.

There will be a $30 charge to the Members Stand

Hawke’s Bay-bred New York Jazz is proving a warhorse for his connections, with the six-year-old posting his seventh win from 63 starts when taking out the $35,000 open sprint over 1100m at Pukekohe last Saturday.

The Niagara gelding was bred by the brothers Chris and Ken Russell and is still owned by the former. He has leased the horse out to Te Awamutu trainer Stephen Ralph and some of his stable clients and he has now won more than $214,000 in prizemoney.

Ralph has never been scared to line New York Jazz up against top company and also has no qualms about backing the horse up from one week to the next.

Last Saturday’s race was the gelding’s 17th start for this season and those runs have reaped two wins, four thirds and two fourths.

New York Jazz is out of the Coats Choice mare Shesalljazz, who was the winner of five races from 22 starts. She has also left the one race winner Nigella Jazz while Chris Russell now has an unraced two-year-old filly by O’Reilly’s Choice out of the mare coming on.