Hawke’s Bay-owned Popsy, one of only six fillies to have won the Group 1 New Zealand Derby in the last 60 years, finally succumbed to old age last week and had to be euthanized at age 30.

The Sir Tristram mare had been residing at Hawke’s Bay’s Montana Lodge Stud for the past six years, on the property owned by Graham and Isabell Roddick.

Graham Roddick said that, although she was in her 31st year, Popsy was still quite sprightly up until about a month ago.

“It was only then that she started to go downhill,” he said.

“She had lost most of her teeth and was having difficulties eating and so it was decided that the best thing was to have her put down.”

Popsy was owned by Hawke’s Bay merchant banker Sam Kelt and his wife Birdie and was trained throughout her racing career by the Matamata father and son combination of Dave and Paul O’Sullivan. She was a dual Group 1 winner, taking out the 1993 New Zealand Derby (2400m) and the ARC Grosvenor Championship Stakes (2100m).

She only had 18 race starts for six wins, five seconds and two thirds and amassed more than $350,000 in stakemoney. She was also a dual Group 2 race winner, taking out both the Counties Cup (2100m) and ARC Queen Elizabeth Handicap (2400m) and only went down by half a head when second to Royal Tiara in the Group 1 Auckland Cup (3200m) in 1995.

When Popsy took out the 1993 New Zealand Derby she joined only three other fillies to have won the three-year-old staying classic since 1960, the others being Star Belle (1966), Our Flight (1982) and Tidal Light (1986). Only two fillies have been successful in the race since, Silent Achiever in 2012 and Habibi in 2013.

Sir Tristram was champion Australasian sire for many years while her dam Beks was the winner of 10 races, two of them at Listed stakes level.

Upon her retirement from the racetrack Popsy went on to be a prolific broodmare and a Group 1 producer.

One of her first foals was Lilakyn, who recorded eight wins from the Hastings stable of Guy Lowry including the Listed Wanganui Cup and the Listed Feilding Cup. She was also a close runner-up in the Group 2 2007 Brisbane Cup.

At the 2009 national yearling sales a colt by Redoute’s Choice out of Popsy sold for $1.45million while the following year a colt by Fastnet Rock out of the mare fetched $1million.

The Fastnet Rock colt was later named Rock ‘N’ Pop and went on to record three wins from only 11 starts including the Group 1 New Zealand 2000 Guineas (1600m). He also had Group 1 placings in the New Zealand Derby (2400m) and Waikato International Stakes (2000m) and is now standing at stud in Hawke’s Bay, at Okawa Stud.

The owners of Atishu, the latest star galloper on the New Zealand racing scene, have turned down a million dollar offer for the daughter of Savabeel.

The 19 shareholders in the three-year-old, one of them being Dannevirke’s Dean Shuker, decided after she won last Saturday’s Listed $50,000 Warstep Stakes that, at this stage, she wasn’t for sale.

For Shuker, who owns a 5 per cent share in Atishu, racing a horse with her ability is like a dream come true and he is keen to continue on the ride for as long as it lasts.

Atishu is not the first thoroughbred Shuker has had a share in. He was part of a Go Racing Syndicate that raced one from the Awapuni stable of Lisa Latta a few years ago but it failed to reach its potential on the racetrack so the syndicate disbanded.

Keen to get back into racing again, Shuker said he just happened to be home watching the 2019 Karaka yearling sales when a filly came into the ring by Savabeel out of the No Excuse Needed mare Posy.

“She was a lovely filly and I knew David Ellis from Te Akau Racing was keen to buy her and the Go Racing team was also keen on her.

“They thought she might make close to a million as her older full-sister made $875,000 at the same sale the previous year but Go Racing was able to get her for just $260,000,” Shuker said.

He was quickly on the phone to secure a five per cent share in the Go Racing Ring A Ring Syndicate that races the filly and she has now had nine starts for four wins, two seconds and two thirds with her latest victory taking her stake earnings to $89,425.

He said it is a great group of people, most of whom he has been able to meet by flying down to Christchurch to see Atishu’s last two starts.

The three-year-old filly brought up her fourth win in a row with another outstanding last-to-first performance in last Saturday’s 2000m event.

The Stephen Marsh-trained filly looked to be in a whole heap of trouble at the 500m as she tailed the 10-horse field and looked to be labouring under the urgings of rider Kozzi Asano.

With Central Districts raider Exquisite Pearl hitting the front but proving to be a wayward conveyance for Leah Hemi, it looked for all the world that outsiders Town Cryer and Larpower, who were down on the inner, would fight out the finish.

However those who had their doubts about Atishu soon had any concerns dispelled as the daughter of Savabeel hit top gear out wide and raced past her rivals to score by an ever increasing 2 length margin as she registered her second success at stakes level.

Trainer Stephen Marsh, who was on hand at Riccarton to witness the run first-hand, admitted he harboured plenty of doubts about the final result when he saw his charge struggling to pick up in the home straight.

“She was superb in the end, but I really thought we were in a little bit of strife there for most of the run home,” he said.

“She just wasn’t finishing on as easily as she had in her last couple of runs but when he (Kozzi) really asked her for the effort she responded superbly and raced away.”

Marsh will now play a waiting game before deciding on a trip to Brisbane for a tilt at the Group 1 Queensland Oaks (2400m).

“She is coming home to Cambridge now and will have a few days in the paddock before we make any further plans for her,” he said.

“It’s a big trip back by float so she will need the rest, but if she travels well and comes through everything without any harm then a crack at Brisbane is definitely on the cards.

“I think that would be a big thrill for her owners as there were a large group of them on-course last Saturday and it was just fantastic seeing the joy they got from her win, so you can imagine what the celebration would be like with victory in a Group One.”

Bred by Waikato Stud, Atishu is a daughter of the lightly-raced No Excuse Needed mare Posy, a sister of multiple Group 1 winner Daffodil. 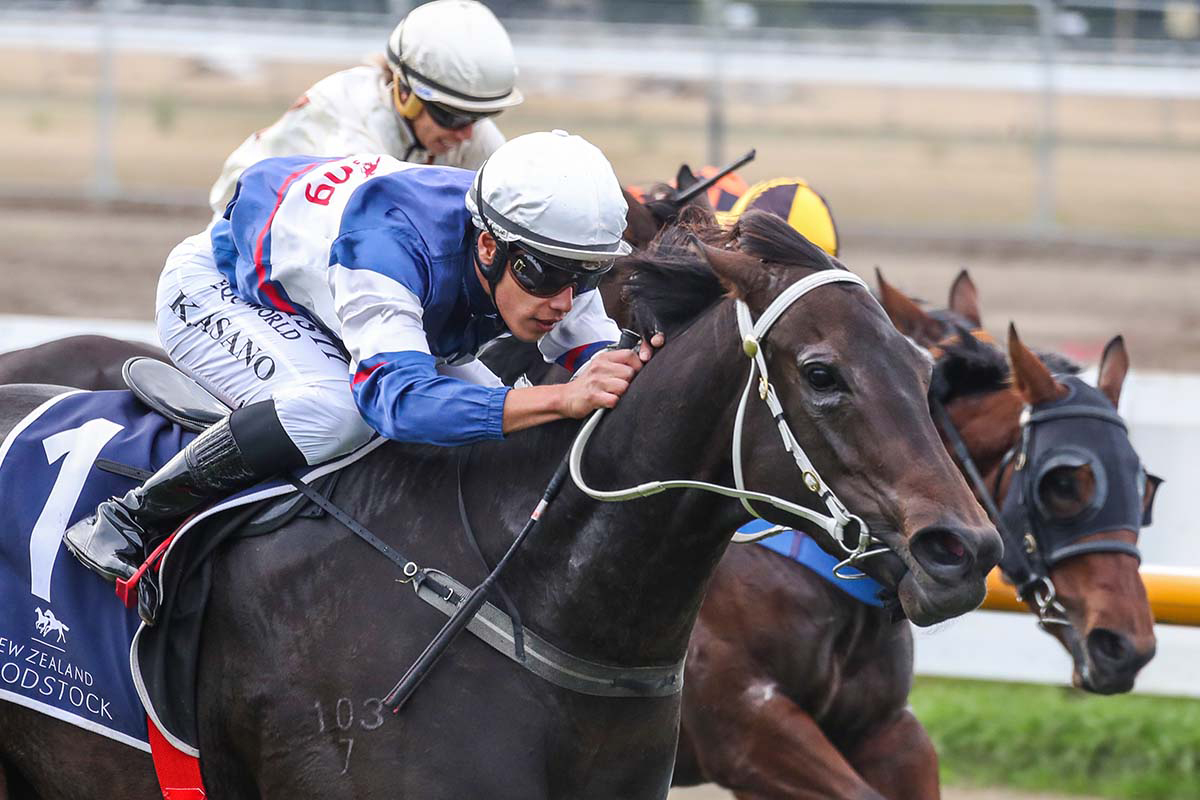 New Zealand’s darling of the turf, Melody Belle, was given an easy barrier trial at Rosehill on Tuesday ahead of her trip to Queensland next week.

The 14-time Group 1 winner, part-owned by Waipukurau couple Trevor and Debbie Walters, finished eighth in the 1030m trial but was not asked for a serious effort.

Trainer Jamie Richards was happy enough with her performance but admitted he would have liked to have seen her do more in what was her final appearance in Sydney.

“I would have liked to have seen her do a little bit more but when they run 35 seconds off the front on that short course there it does make it difficult for the back markers,” he said.

“I thought she worked through the line nicely.”

Melody Belle will head north to the Gold Coast next week for a two run Queensland campaign before she is sold at auction.

The six-year-old finished sixth in the Group 1 Tancred Stakes (2400m) at Randwick at her last start and Richards said he was pleased with her run.

“I am happy with her and I genuinely believe she has another good race in her.”

Melody Belle is raced by the Fortuna Melody Belle Syndicate and cost $57,500 as a yearling. The mare now boasts a record of 19 wins and seven minor placings from 39 starts and has won more than $4.3million in stakemoney.