Havelock North veterinarian David Mossman has raced a number of thoroughbred horses over the years with moderate success but now he and his wife Bry have hit the jackpot.

The three-year-old gelding is the winner of his last six starts, with his most recent victory coming in last Saturday’s Group 1 $A1million Doomben 10,000 (1200m) in Brisbane. He has now amassed more than $A1.7million in prizemoney and has been assured a start in Australia’s richest race for the next two years.

Even before last Saturday’s win Mazu had already been snapped up by a slot holder for the next two runnings of the $A15million The Everest (1200m).

Australian company The Star and Arrowfield Stud have done a deal that will see Mazu contest both this year’s Randwick feature, on October 15, as well as the 2023 running with the horse’s present ownership group retaining a financial interest.

“We have done a two-year deal because I think he will be in full bloom probably next year, but on his current trajectory he is probably good enough to give the race a bit of shake in October,” explained Arrowfield Stud manager John Messara.

David Mossman says he has to thank a close friend from Australia, Marc De Stoop, for getting him and his wife involved in Mazu.

“Marc has been a long-time friend and he and his family own Parsons Creek Farm in the Hunter Valley in New South Wales,” David Mossman said this week.

“We went to see them about four years ago and Mazu was there as a rising yearling,” Mossman recalled.

“I liked the look of him and was keen to take a share in him.”

But Mossman was also aware that his wife Bry had expressed concern that he was spending a lot of money racing horses without much return.

So he decided to put the five percent shareholding in Bry’s name as a peace offering and it has subsequently turned into a windfall for the couple.

Mazu is now raced by the Bry Mossman and Marc De Stoop in partnership with a group that includes Triple Crown Syndications and is trained by the Sydney-based father and son combination of Peter and Paul Snowden.

The son of Maurice was having only his 11th race start when he lined up in last Saturday’s feature race at Eagle Farm and broke through for his first Group 1 success. He now has a record of seven wins and a third.

He had won one race as a two-year-old colt and added the Listed Crowley Stakes (1200m) at Randwick in October last year but was said to be becoming unmanageable so the decision was made to geld him.

Mazu has come back a vastly improved horse, so much so that he is unbeaten in five starts since.

Mossman and his wife were at Brisbane’s Eagle Farm racecourse last Saturday to watch Mazu and share in the celebrations.

“He is a sensational horse,” an excited Mossman said after arriving back in New Zealand earlier this week.

“It is beyond your wildest dreams to have a share in a horse like him and it was great to be there.

“It was the first time Bry and I have seen him race because of covid and they certainly turned it on for us. To win a race like the Doomben 10,000 was remarkable.”

“We have got a slot in The Everest for two years which is just amazing, especially with the winner’s cheque being $A6million,” Mossman added.

“He’s only a young horse now and he will be even better with a bit more time.”

Mazu, who won two listed races and the Group 2 Arrowfield Sprint (1200m) in Sydney in the autumn, settled off the speed in the Doomben 10,000 and took a bit of riding from jockey Sam Clipperton to hit the front inside the last 300m. But the son of Maurice showed his class to hold off fellow three-year-old Paulele and the fast-finishing New Zealand mare Entriviere.

"He does hit that flat spot but that ability to absorb the pressure and still be strong at the end - that is why we have got a slot in the Everest and that is why we are going to be there. He's had a very good preparation let me tell you. A lot of work has gone into him. It's really good," co-trainer Paul Snowden said.

Winning jockey Sam Clipperton was notching up his third Group 1 win and broke a run of fourteen second placings at the highest level since his success in the 2016 All Aged Stakes. He was full of praise for his mount post-race.

"He's just a star, this horse. He knows how to win and we've got a great rapport with each other. Even when I was concerned, he was always going to pick up and I just had to have faith in the horse and in the end I got to the front too early and he thinks his job is done," Clipperton said.

With an Everest deal locked away, Mazu is now likely to spell before the spring and last Saturday's win has seen the TAB slash his price for the big spring classic to be a $7 second favourite behind last year's winner Nature Strip at $4.

Mazu’s successful run has now whet Bry Mossman’s appetite for racing and she has since taken up a share in another horse in Australia. It is a Darci Brahma two-year-old filly called Opito Ballerina, who has had two starts for x-pat New Zealand trainer Bjorn Baker for a second and a fifth.

The best horse David Mossman has been involved with in the past was Hurricane Mickey, whose 10 wins included a Te Awamutu Cup.

He also raced horses in partrnership with the late Laurence Redshaw, most of whom were trained by Bjorn Baker’s father Murray, and they picked up a Waipukuaru Cup win with Veldt. 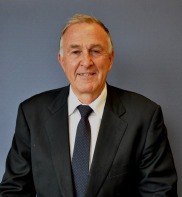 Hastings amateur jockey Leah Zydenbos chalked up her third win from only nine race-rides when successful in a maiden amateur riders’ event over 2060m at Wanganui on Thursday of last week.

The 20-year-old kicked home the Hastings-trained Dictation for a 1-1/2 length victory over Grand Prospect, who was ridden by the country’s most experienced amateur jockey in Scott MacNab.

Dictation was having his second start for the partnership of Paul Nelson and Corinna McDougal following a fourth over 1600m at Hastings on April 16.

Zydenbos kept her mount on a wide run throughout the race, after Nelson had told her that the inside was the worst footing on the heavy-8 track.

Dictation was the widest horse rounding the home turn but kept up a strong run to the line under a hands and heels ride.

Christchurch-born Zydenbos has had a lifetime involvement with horses, attending pony club as a youngster before progressing to be successful at show jumping and then competing on the international stage in mounted games.

She worked for three years in the top Riccarton stable of Michael and Matthew Pitman before joining the Hastings stable of Guy Lowry and Grant Cullen last year.

Dictation was having his second start for the Nelson/McDougal stable following a fourth over 1600m at Hastings on April 16.

The Tavistock four-year-old was formerly trained by Cambridge-based Glen Harvey, who gave him six starts for a third over 2200m at Rotorua back in December.

The horse was then offered for sale on Gavelhouse and changed hands for $20,000. He is now raced by the I See Red Syndicate, a group of mainly Hawke’s Bay racing enthusiasts who have raced several successful horses over the years and all trained by Paul Nelson.

The Nelson/McDougal stable also took horses to last Saturday’s Rotorua meeting, where their star jumper The Cossack had his first start since winning last year’s Great Northern Hurdle in October with a run over 2200m on the flat.

The Mastercraftsman eight-year-old finished 11th but was only 5-1/2 lengths from the winner and Nelson said he was happy with the run. The horse is now being aimed at the $60,000 K S Browne Hurdle (3100m) at Hastings on June 6. 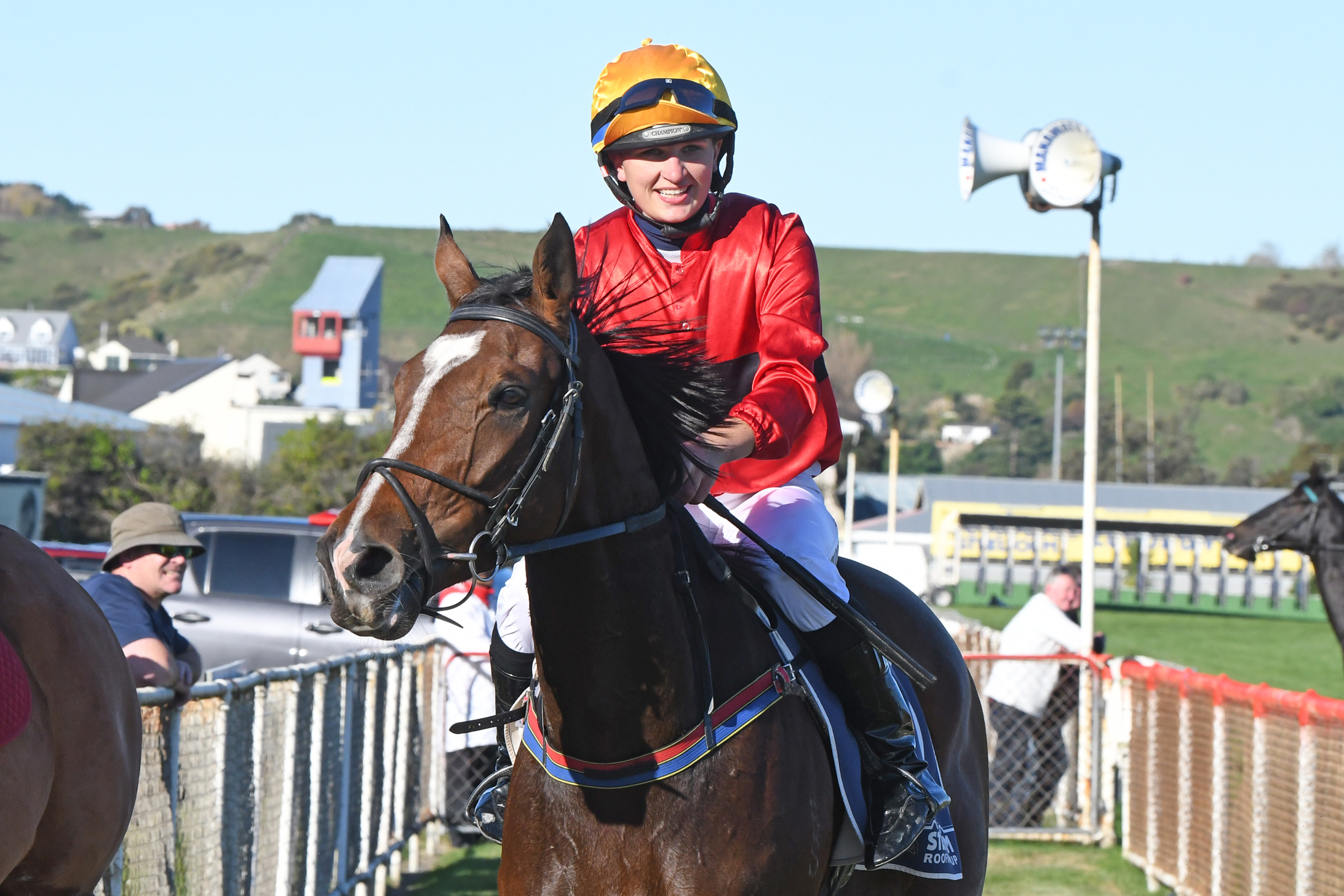 Hastings amateur rider Leah Zydenbos brings Dictation back at the head of the field following their win at Wanganui last week.

Ormsby is a shareholder in several syndicates run by Te Akau Racing and picked up a win with Synchronize in a $30,000 three-year-old race at Rotorua and a third placing with Entriviere in the Group 1 $A1million Doomben 10,000 in Brisbane, Australia.

Synchronize, who is raced by the Te Akau Flexibeel Racing Partnership, recorded her third win from only six starts when she raced away for a dominant 2-1/2 length win over 1400m.

Entriviere is owned by the Te Akau Buckle Up Racing Partnership and produced a huge performance for her minor placing in the Doomben 10,000, coming from near last on the home turn to finish only half a length behind race winner Mazu.

The Tavistock mare drew the extreme outside barrier in the 14-horse field and jockey Opie Bosson had no choice but to take the mare back in the early running to get in somewhere near the inside rail. She was giving the leaders a huge head-start rounding the home turn but powered home down the outside of the track.