Stumpy’s victory in the $40,000 Open race at Awapuni on Friday of last week may have looked like just another win to most people but for trainer Kevin Gray and jockey Lisa Allpress it was a huge personal milestone.

It was the 100th time the pair had combined to win a race on New Zealand soil, which is a major achievement and served to enhance the great association they have had since Allpress started out as an apprentice jockey in Gray’s stable in the early 1990s.

Gray, when told he and Allpress had brought up win number 99 together when Gucci Belt took out a 1200m maiden race at Hastings on November 7, recalled that when the then Lisa Mumby first entered his stable as a budding apprentice he doubted whether she would make it as a jockey.

“She was quite dumpy and so, besides working with the horses, I used to get her out mowing the lawns and doing other things just to get her weight down,” Gray said.

“I had quite a big staff at the time but I think it was a bit of a wake-up call for Lisa because, after a few weeks, she came to me and said Mr Gray I think we need more staff because there is just too much to do.”

“She wouldn’t like me saying that now but I must say she got better and better as time went on and has achieved huge success and has a great work ethic now.”

“I have had a lot of apprentices over the years living with me and my wife Kath and I can say I never had any problem with Lisa. So for us to get to 100 wins together is pretty special.”

Allpress, 46, rode her first winner in the 1995-96 racing season and has now amassed more than 1700 victories in New Zealand and has also ridden with success internationally.

Gray started out as a stock agent and was initially best known as the owner of  Copper Belt, an outstanding performer in the early 1970s who was trained by the late Brian Deacon and used to regularly do battle with the great Grey Way.

Gray took out a trainer’s license himself in the 1988-89 season and saddled up 15 winners that season. He is now just over 30 off bringing up his 1000th training success.

So it was little wonder Lisa Allpress gave a special victory salute when Stumpy crossed the line a long neck winner in the 1200m race at Awapuni last Friday.

She has said in the past that the person she admires most in racing is Kevin Gray and the best advice she was given is to treat others as you like to be treated yourself and nobody ever died from hard work.

A seven win bag in the space of three racing days has propelled Cambridge trainer Stephen Marsh to the top of the national premiership.

Marsh produced two winners at Awapuni on Friday of last week, another double at both the Tauranga and Riccarton tracks last Saturday and one at Rotorua on Tuesday to take his tally for the season to 34 wins.

It put him three ahead of Jamie Richards on the National Trainers’ Premiership after almost four months of the current racing season, with a gap back to third placed Tony Pike on 24.

All three trainers had a chance to add to their tallies at yesterday’s Taranaki meeting at New Plymouth, where Richards had six horses entered, Marsh (four) and Pike (two).

To be leading the premiership at this stage of the season is a great achievement by Marsh although he doubts whether he can hold on to the end of the season, given the firepower Jamie Richards has behind him with the backing of Te Akau Racing.

Marsh’s two wins at Awapuni on Friday of last week were La Bella Beals in a $30,000 three-year-old race over 1400m and Gee Cee in a $15,000 1200m maiden. The success by La Bella Beals was particularly pleasing for the trainer as he also owns a share in the talented filly.

Marsh also shares in the ownership of his two winners on the last day of the New Zealand Cup meeting at Riccarton last Saturday, Fettercairn and Glorious Ocean. The former took out a $25,000 Rating 65 race over 1400m while Glorious Ocean triumphed in a $50,000 event for the same class of horse and over the same distance.

The seven win haul by Marsh in the last week took his career tally to 833, 62 of them in Group or Listed races. It is an impressive tally by a young man who has been training less than 20 years.

He started out in partnership with his father Bruce in the 2002-2003 season and ventured out on his own when Bruce went to train in Singapore in 2005. His most successful season was in 2018-19 when horses he trained won 97 races and more than $2.6million in stakemoney. 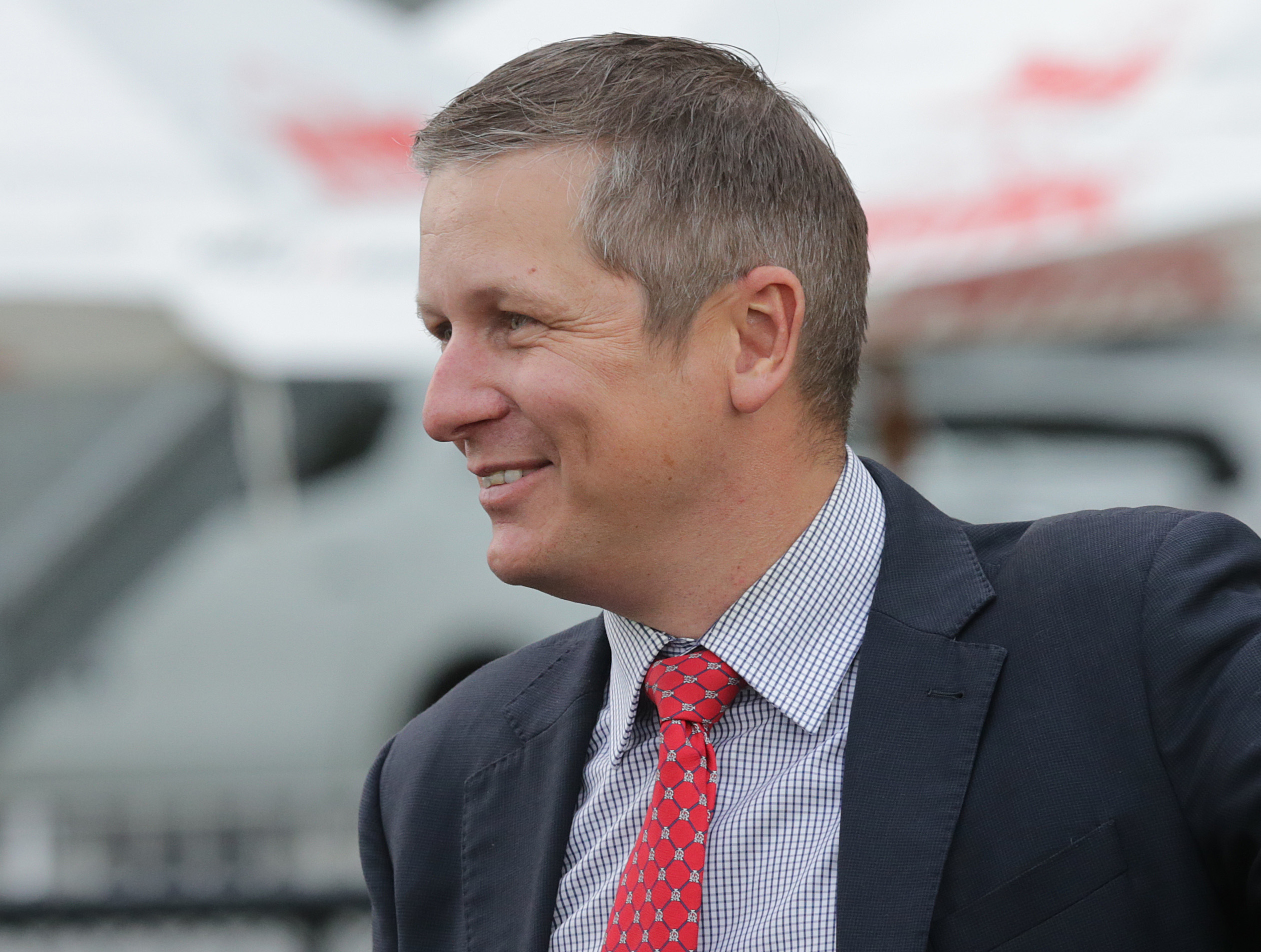 Stephen Marsh went to the lead in the trainers’ premiership after seven wins over three race days.

Dark Satin, part-owned by Hawke’s Bay men Craig Harvey and Doug MacLean, broke through for a deserved maiden win over 1400m at Rotorua on Tuesday.

The four-year-old Pentire mare was having her seventh start and had recorded two thirds, a fourth and two fifths from her previous performances.

She was one of three winners at Tuesday’s Rotorua meeting for experienced jockey Vinnie Colgan who positioned the mare three-back on the inner in the early stages before angling her away from the fence rounding the home turn.

Dark Satin looked likely to only fill a minor placing but then surged between horses in the final 100 metres to get up and score by a long head.

She is raced by Harvey and MacLean in partnership with Karl Mihaljevich from Matamata’s Rich Hill Stud, where the now deceased sire Pentire stood.

She is out of the American-bred Organdy, a mare who Harvey and MacLean have bred from since 2005.

The best of the mare’s progeny has been Time Keeper, whose six wins included the Group 1 Easter Handicap (1600m) at Ellerslie, while others to succeed have been Lady’O (four wins), Satin Ridge (one win) and Historic (five wins).

The latter, who is by Zabeel, has recorded all five of his victories in Australia and four of them have been in steeplechase races.

Neil Kirton is the recipient of the by-monthly Kevin Wood Memorial Trophy for the months of October and November.

The award is sponsored by the Hawke’s Bay Racehorse Owners Association and rewards an owner who has recorded a notable achievement within the two-month time frame.

Kirton is the owner of the talented mare No Rock No Pop who brought up her third win when taking out the $20,000 Aon Insurance Brokers Waipukurau Cup (1600m) at Hastings on November 7.

The Rock ‘N’ Pop four-year-old mare is trained on the Hastings track by Lee Somervell and scored an all the way win to take out the 161st running of the Waipukurau Cup.

The Aga Khan-bred three-year-old, who as one win from five starts, was purchased for approximately $A119,360.

He is out of a half-sister to the stakes placed Cherek, while his stakes winning third dam Cherry Moon is the producer of multiple Group 1 winner Cherry Mix.